Here is what you need to know now about this new vaccine.

Sexual activity spreads the virus, a very common one. It’s one of the most common sexually transmitted diseases (STDs) in the country, according to the CDC, with more than 20 million people currently infected and another 6.2 million contracting the virus each year.

3. Who should get the vaccine?

Gardasil is approved by the FDA for girls and women ages 9 to 26. The CDC and the American Academy of Pediatrics recommend that the vaccine be given routinely to girls at age 11 to 12 years old, although doctors may choose to vaccinate girls as young as 9. The CDC also recommends the vaccine for women age 13 to 26 who did not receive the vaccine at an earlier age.

However, if a girl or woman is already infected with HPV, the vaccine will not prevent that strain of HPV from causing disease. It will protect against new infections with other strains of HPV included in the vaccine.

The vaccine is also being studied in women up to age 45, although that group may be targeted for the vaccine later.

4. What is the best way to talk to my daughter about this?

Emphasize that the primary goal is to help prevent cervical cancer. If you, as a parent, are worried this will give your child a false sense of security that she can’t catch a sexually transmitted infection from sexual activity, you can also emphasize that the vaccine only protects against certain strains of HPV — not against any of the many other types of sexually transmitted infections.

5. Does Gardasil protect against all cervical cancers?

However, recent reports suggest that the vaccine may give wider protection than originally thought. There is preliminary evidence it may offer some protection against other HPV strains, which cause 8% or 9% of cervical cancers.

6. How effective is the new vaccine?

Studies have shown it is 100% effective in the prevention of cervical precancers and noninvasive cervical cancers caused by HPV-16 and 18 in those not already exposed to those strains, according to Merck & Co. Inc., which makes Gardasil. Merck is a WebMD sponsor.

7. If someone is already sexually active, will this vaccine still work?

If a person has been infected with any of the four strains the vaccine protects against, the vaccine won’t provide protection against that type. But it will prevent infection from the other three.

8. How long is Gardasil effective?

Research suggests the vaccine lasts at least four years. Long-term results are not yet certain. The protection might last longer.

9. Does the vaccine actually contain HPV or any live virus?

No. It has a virus-like particle, but not the actual virus.

Clinical trial data have found it is safe.

11. Will the new vaccine make cervical cancer screens such as the Pap test passé?

No. Screening with a Pap test is still needed since the vaccine does not protect against all cervical cancer. 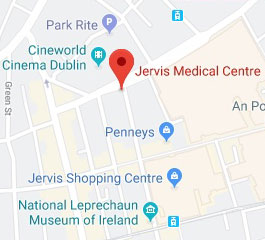 Hear what our patients are saying...

"Handy place if you need a GP and you're in the city centre. I had a nasty burn and I was able to call in here and get seen on a work day evening. I rang at lunch time and made an appointment. Doctor was very nice and thorough. I could really trust her. Would definitely go here again."

"Been going there years and find the service there excellent. Doctors are thorough and professional. Would highly recommend."

“I have attended Jervis Medical Centre for over 15 yrs. I have found Dr. Haka and his team’s approach to patient care to be courteous, quite knowledgeable, professional and reassuring. Getting an appointment to be seen isn’t a hassle and are readily available. Follow up care and referral to relevant services are efficiently executed. I would definitely recommend attending this medical centre for your GP needs.”

"I’ve been with Jervis Medical Centre since 2009. It is indeed a great clinic with a very accomodating and polite staff. Dr. Hakhamanesh Nikookam is exceptionally thorough and professional. He certainly makes everything easy for me. He’s truly helpful. Highly recommended."

"Great place, go and see for yourself! This is not a Spa or a Restaurant. You get in, get the support you need, get out. Doctors are patient, competent and always nice! Going there since 2007 (vaccines, GP services, etc...) - never a bad experience."

"Highly recommended. I’ve been attending this medical centre for over ten years and would not attend anywhere else. Reception and Medical staff are friendly/approachable and extremely thorough. 5 stars well deserved!" 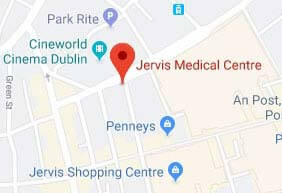